Because of the short-comings of the claw tool, John Kelly of FDNY ladder company 163 set out to build a tool with a straight impact line. He removed the hook and added an “adz” at a 90 degree from the shaft.

Here is a pic of the Kelly tool

The claw tool was very popular and had become the primary forcible entry tool. It was paired with the Kelly tool and together they could force nearly any door. 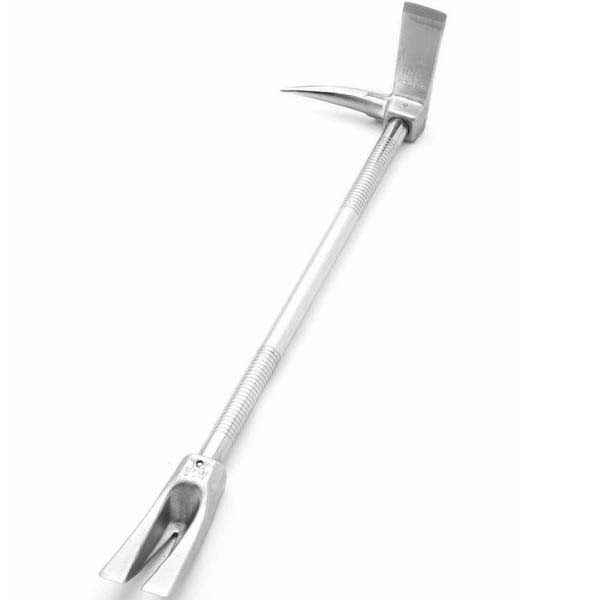 Because these tools were unwieldy, Chief Halligan set out to improve them. His tool was lighter (at 8.25 lbs), a swept adz, and an added 90 degree pike. The Halligan incorporated all of the best features of the Claw tool and Kelly tool and had none of the detractors.

Today, “The Irons” generally refers to a Halligan tool and a flat-head axe, and “The Iron Man” refers to this guy:

Note: This post is recreated from an email conversation I had earlier this year with Casey Tribolet.

3 thoughts on “The Irons”