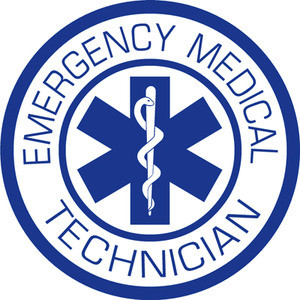 For many departments around the country, Emergency Medical Technician (EMT) certification is a must  (and often a pre-requisite for application). This is understandable, as most fire departments handle a heavy load of medical calls also. EMTs provide critical patient care in often dangerous environments. Be they (ambulance, fire, or law enforcement EMTs) are making a difference.

Many different schools, departments, colleges, and vocational schools offer EMT classes. The logical place to start looking for one is your local community college.

When I registered for my EMT course, there was a hefty set of pre-requisites that included a background check, immunizations, and lots of signatures. Be prepared for this before you go to register. Do not wait until you have two days to complete the checklists to begin getting things done. I gave myself plenty of time to get it all done, so it was relatively low-stress. Many of my class-mates waited until the last minute and it was a mad dash to get all of the shots or finger-prints or what-have-you done in time. Do yourself a favor: scout it out ahead of time. Maybe call the admissions office and find out what those pre-requisites are.

The class that I attended had an 80% rule. You had to score at least 80% on *everything*. We had 40 quizzes and 7 exams, a final, and a practical skills assessment over the course of one semester. If you scored below 80% on an exam, that was one strike, and you had to re-take the exam. Fail again and that’s another strike. Three strikes and you’re out. No questions asked, no second-chances. Grab your stuff and head-on-out. Early on, that was expected. Near the end of the course, it became heart wrenching to see students make the walk (some with less than 2 weeks to go). This also had an affect on some of those students’ financial aid at the college. In order to keep receiving aid, they *had to* complete the course. This meant doing all of the course work for a class you had already effectively failed out of.

My advice to you is simply this: Take it seriously. 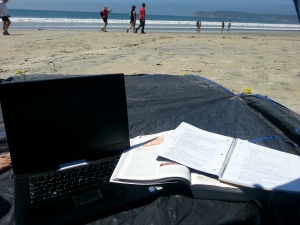 One weekend my lady and I took a trip that culminated with us on the beach on a Saturday. While we were on the beach, guess what I was doing…. that’s right, studying. I was studying hard, even when I didn’t want to be. I estimated it would take 100% effort to perform well in that class. While I was on the beach I got a text from another student in the class. He asked what I was doing, and I said I was on the beach. He asked if I was ready for an up-coming exam. I texted back a photo of my book in front of me with the beach in the background. I asked him if he was studying hard for the exam. He replied “I’m as ready as I’m gonna be bro”. Well, as it turns out, he was right. He failed. He failed out of the course shortly thereafter. Every time I spoke with him I asked if he was studying and he was always half-hearted. I actually heard another student remark after the first or second exam “Gosh I guess I should read all the chapters”. I was incredulous. He was also gone in short order. I don’t mention these examples to disparage people, but to point out that these are the types of attitudes that will get you bounced in short-order.

On the flip-side, there is over-doing it. I studied night and day for the class. I did very well on tests and was offered to be a teaching assistant for the next semester. Is 19 hour days too much between work, school, church, and family? Maybe, but what kind of results do you want? Do you want to be the best EMT you can possibly be, or do you want to be an EMT that scraped by?

When I have someone’s life in my hands, I don’t want to fail for lack of knowledge. I owe it to each and every patient, and to myself to do the best that I can. That’s why I put in the hours I did. That’s why I worried so much about my performance. This isn’t English 101, this is saving lives. Take it seriously.

With all of that being said: Have fun at it. If you’re not loving it, your heart won’t be in it. 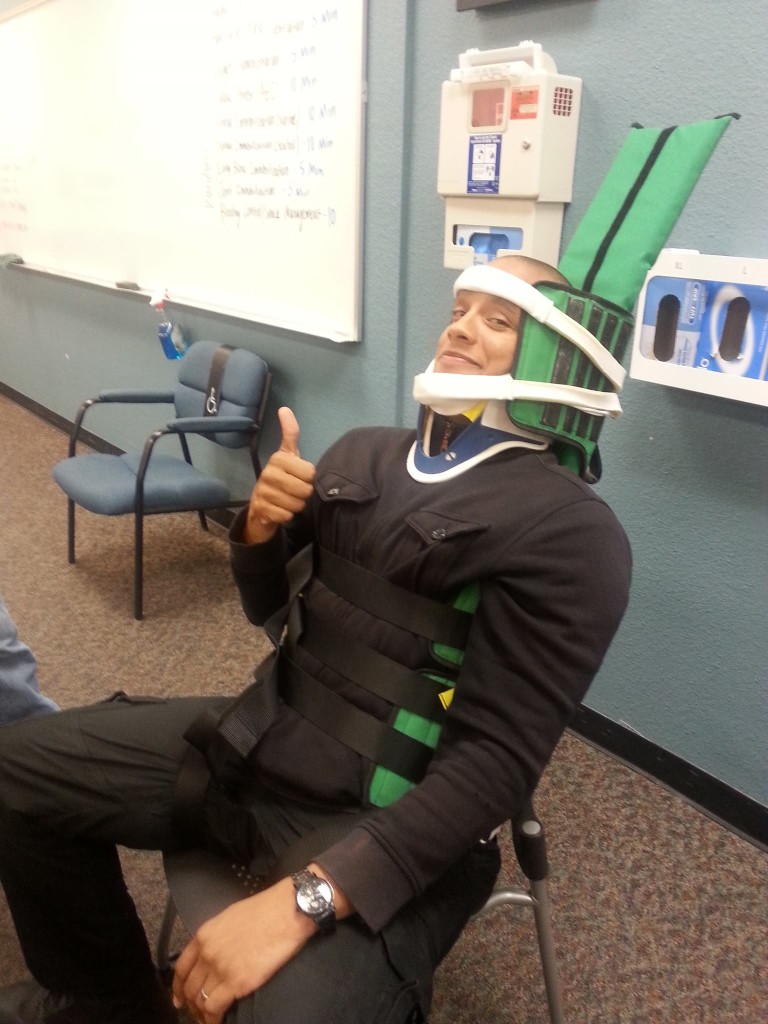 One thought on “Surviving the EMT certification”