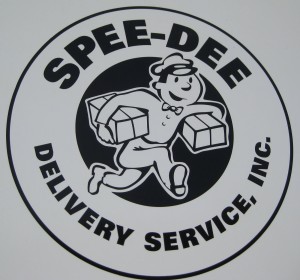 So here we were with renters moving into our house in three weeks, and we have no idea where we’re going to go…

God has surely provided for us. A couple of days ago we were bemoaning the fact that our house was nowhere near ready to rent. Today we have a signed rental agreement, the house is tip-top, and we are shell-shocked!

Before I continue, let me tell a tiny side-story:

There is a totally swanky neighborhood near the University of Arizona here in Tucson. The homes in this neighborhood were built in the 40s and 50s and are small, traditional brick-homes. This neighborhood (the Sam Hughes neighborhood) somehow became “gentrified” and is suddenly out of most people’s price ranges. However, the houses are really really cute. We live in an area where all the homes are “matchstick” homes. They’re wood framed with stucco. If you look at them wrong, the walls fall down. Probably a year ago I said to The Mrs “hey, wouldn’t it be great if we bought one of those Sam Hughes houses?” and then we laughed so hard we nearly puked. They are so far out of our price range that we can’t afford to drive by them. Aside from that, they’re on the other side of town from where we live, go to school, and work. It was a frivolous dream that just couldn’t happen. Keep that all in mind….

We lived in a neighborhood that is about 10-15 miles from where my kids went to school. My office is about 5 minutes from where my kids go to school. We are trying to plan for taking a pay cut once I get on with the fire department. Doing some napkin math, we figure if we lived close to the school and work, we could save about $400/month in gas alone, but we’d have to be within X miles of the school. Also, we decided that we’d like to shave about $200 off of our monthly mortgage payment.

We spent about two weeks tirelessly driving neighborhoods after work, before work, during school, whenever we could. We had our real estate broker friend trying to help us find something as well. We were open to buying or renting, or anything, anything, anything. We had a couple of opportunities that we could have forced. We said to one another “let’s see what God has for us instead of forcing something to work”. This is a huge leap of faith for me, and way outside of my usual MO. (Same for The Mrs. Dont tell her I told you, but she is a bit of a control freak).

We are coming down to the wire, and The Mrs was driving over to look at a house that’s owned by the sister of our real-estate agent. She drives by a tiny little house that sticks out like a sore thumb. It’s not the same construction as anything nearby. She mentioned to me that it has a tiny little “For Rent” sign in the yard, but she couldn’t find any information about it online. We drive by it and I’m like “meh….it’s kinda cute but it’s so small!”. She finally reached the lady that owns the house and got to go inside of it while I was at work. Mrs. called me about it raving about the house and I said “that tiny little one?”. YES!!!!! she says. So after work that day she drives me back over and I peeked in the windows (all skeptical-like). This house is brick with plaster, and has hardwood floors throughout. It has a detached laundry room, and about 1/4 of an acre on an attached lot. The back yard has pavers throughout and a gorgeous stand-alone gas fireplace. I fell in love right there! I was so skeptical the first time I saw it that now I was incredulous as to my response. How can I love it so much when I wouldn’t even give it a second glance yesterday. Mrs begins to fill me in on the details:

*This house was built in 1940, IN THE SAM HUGHES  NEIGHBORHOOD.

When the house was built it was owned by one of the founding families of the city. in the 1970s, when the university wanted to build a brand-new stadium, that family jacked THE ENTIRE HOUSE up and moved it ALL THE WAY ACROSS TOWN to within 1/8th of a mile of where my kids were going to school. (Remember I said a Sam Hughes house just *could not* happen?)

*My wife’s mentor’s husband’s father (wife’s mentor’s father-in-law) was on the crew that moved this house in the 70s. He told us that they took down all of the light poles on one of the busiest streets in the city to move this house. They jacked it right up and put it on the back of a huge truck. Ridiculous.

*7 months prior to this, the same week I decided I wanted to join the fire department, the owners removed the previous tenant and began renovating the house. THE SAME WEEK.

*The street name is the same name as the first lady (besides Mom) who ever taught me to believe in myself. (Side note: If you ever read this Lilla D Patterson from Georgia, I love you with all my heart and will never be able to repay you.)

*This house could not be any closer to my kids’ school. My commute is now 7 minutes…. 7.

*The house was available on the EXACT day that we needed to move.

*The owners were going to charge tenants to use the side property. Not only did they waive the charge, they also gave us permission to keep chickens.

As an added bonus, our kids fell in love with the house too and all we could talk about was “our 40s house”.

Obviously, we feel that this house was prepared just for us. We are so grateful and fell in love with it immediately. It’s about 30% smaller than where we were, but as I mentioned before, we had already begun selling off anything not bolted down.

This was really happening and it was all falling together…. we just had to orchestrate our move.