END_OF_DOCUMENT_TOKEN_TO_BE_REPLACED

disclaimer – There’s a bunch of history in here. I think it’s interesting. You might not… I know nothing, but stumbled across this and thought I’d share.

Every firefighter knows the Maltese Cross… it looks like this: 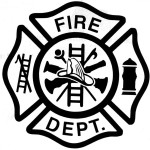 What if I told you that this isn’t exactly a Maltese cross? END_OF_DOCUMENT_TOKEN_TO_BE_REPLACED