So I’m driving home from band rehearsal today. We are all excited because we are kilting in a new member on Saturday and we are also having a fundraiser to help get us to Colorado Springs for the fallen firefighters memorial. Anyhow, I’m driving along and I saw a school bus and the wheels started turning….. “What if that thing was on fire?? Where do I get the battery terminals? Is the engine in the front or the back?” You know the drill.

I pulled over and whipped out my handy dandy googles to figure out where all those buses live. I mean they have to have a maintenance bay, right? I was driving most of the way across town to get home anyway and as luck would have it, I was about 3 minutes from the depot!!! I took a hard left and pulled in there.

I put on my best “aw shucks” face and just strolled right into the maintenance bay. I came upon a mechanic and basically said “hey man, where are the batteries in here and if it’s on fire how do I go about getting to the engine?” He went and got the service manager…

The service manager’s name is Martin. He was super gracious and walked me through their bay and showed me all the different types of buses they had in service.

I never knew this, but there are all kinds of DOT rules about buses. Makes sense, right? Anyhow, each bus has a battery compartment in the rear. It might be on either side, but per the DOT regulations they have to be marked. As you can see in this photo, this one is clearly marked “BATTERY”. Even I couldn’t mess that up.

To make it even more convenient, each bank of batteries is on a sliding tray! The positive and negatives are color coded in the way you would expect. Pretty neat.

The gallery on the right here has some photos of a bank of batteries and also shows them slid out. Some of the models I looked at also had a clearly marked electric cut-off switch! That would sure make disconnecting the battery a little faster and you don’t have to worry about cutting the wrong thing, or taking a section out of the cable. I guess it’s a decision for you to make whether you’ll use the cut off or not. I should note it was directly next to the battery compartment. Makes sense, right?

The next bus I looked at surprised me. It wasn’t diesel. It was CNG. I knew that we had a bunch of city buses that ran on CNG but I guess I had never put any thought into it. I was so surprised that I kind of forgot to take a picture of the engine. Sorry. One thing I did note though, was a small access hatch that is labeled on the side. It gave me access to put water right onto the CNG tank. It’s silly, but the markings read “3600 psi”. So if you ever see one, that’s what’s going on with that.

In the interest of a gratuitous diesel shot, here’s the engine of a diesel one. (A little smaller than a fire engine, but still cool)

I took a couple of shots of the latch mechanism for the rear hatch just for grins. It’s pretty straight forward and really shouldn’t give you any problems, but watch out for those gas struts there 😉

Thanks TUSD Transportation for letting me poke around and thanks to Martin for being so gracious with his time. 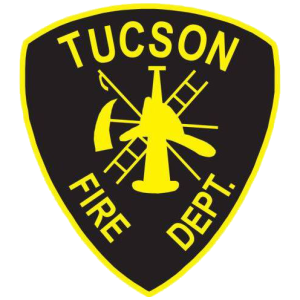 The Tucson Fire Department is seeking qualified and motivated candidates for the position of Fire Fighter Recruit.

The duties require strenuous physical exertion under such emergency conditions as extreme heat, cramped surroundings and a contaminated environment. 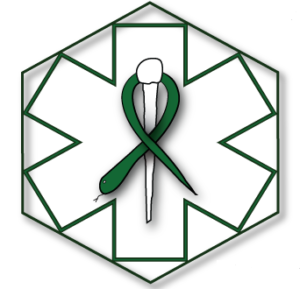 It’s been a while. The reasons are many. One of the big ones is silence.

We struggle from time to time. Life, circumstances, what have you. Things aren’t always great. I’ve had a pretty rough last year or so dealing with family issues, having a boot, and then an on-the-job injury. I’m currently on “light duty” awaiting clearance to get back with my crew. Light duty sure is motivating for healing, but it’s also brought some self-reflection. If you know me well, you know I’m not great at that.

I wanted to take a few seconds out to talk about a touchy subject. At the risk of sounding dramatic, this career has an effect on us. We see mankind at it’s worst. Day in and day out we see the terrible things that happen to people and the things that people do to each other. There is a culture of bravado in public safety. The “I’m fine” sort of mentality. I think some of that comes from not wanting to appear weak to co-workers, but part of it comes from not wanting to burden others with our problems. For me another part of it is denial. Coming off of a dead baby call or a gory extrication, we want to brush it off and go about our duty, so that’s what we do. There is always a small piece of that situation that sticks with you. Pulling away from the scene we are praying for those families and immediately begin the coping process. Whether it’s talking it out with the crew, or making jokes, we all have our ways. When everything is said and done, most of the time we go about our shift and go home to our families. With that being said, those moments do stay with you. Sometimes those coping mechanisms don’t quite cover the emotions. I realize it’s not very PC to say in the circles I run in, but we’re not invulnerable and we aren’t robots. Combine that with the fact that we have our own complications and hurdles and that can feel overwhelming sometimes. I think many of us feel that way from time to time.

One of the things that I love about my crew is that I can go to them with those things. We can talk through the emotions that come with a call and process what we’re feeling. The same applies for personal issues. Sure we kid around and prank one another, but each one of those men has been a pillar of support for me at various times. I’m eternally grateful for them. I can discuss things with them that I wouldn’t with my wife, and know that they won’t judge me for being human. Along with these men, I have a few brothers in my church that I can speak candidly with.

As I’ve been laid up on light duty, I’ve had a very hard time with identity and worth. I know who I am in Christ, but when I see that roster and I’m not on it, I forget that my identity isn’t in my work. My life still has meaning apart from jumping off that rig and saving the day. These thoughts just don’t spring to mind as I’m in full swing of my personal pity party. Do I grab the word for some affirmation? No, I don’t. More ofthen than not, I find another coping mechanism, and they aren’t all healthy. All of my brothers from the station and from the church have come along side me. Although I haven’t really expressed it to them directly, they have eached helped me along a very difficult time and I’m eternally grateful. I’m also grateful for my wife. She doesn’t know I know, but I’m 100% sure she made some calls.

I guess what I’m getting at is this: we all struggle from time to time. We’re human. Sometimes it can feel like drowning. Take a look at your brothers and sisters objectively. Does something seem off? Are they putting on a mask of “I’m fine?” Something as simple as “hey, do you want to talk?” Can make a world of difference to someone that is really struggling.

If you’re one of those people that’s drowning: You truly are not alone. Pull someone aside. If you can’t, there are many of us internet strangers and brothers in the service that would lend you an ear. Drop me a line if you’re so inclined. Check out The Code Green campaign. Feelings are ok, and sometimes it’s hard to know what to do with them. 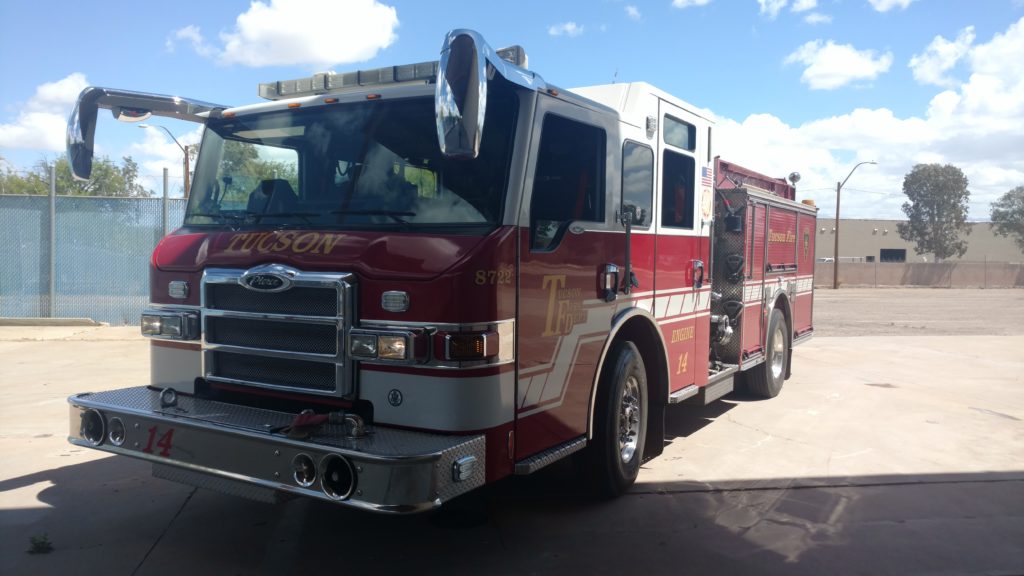 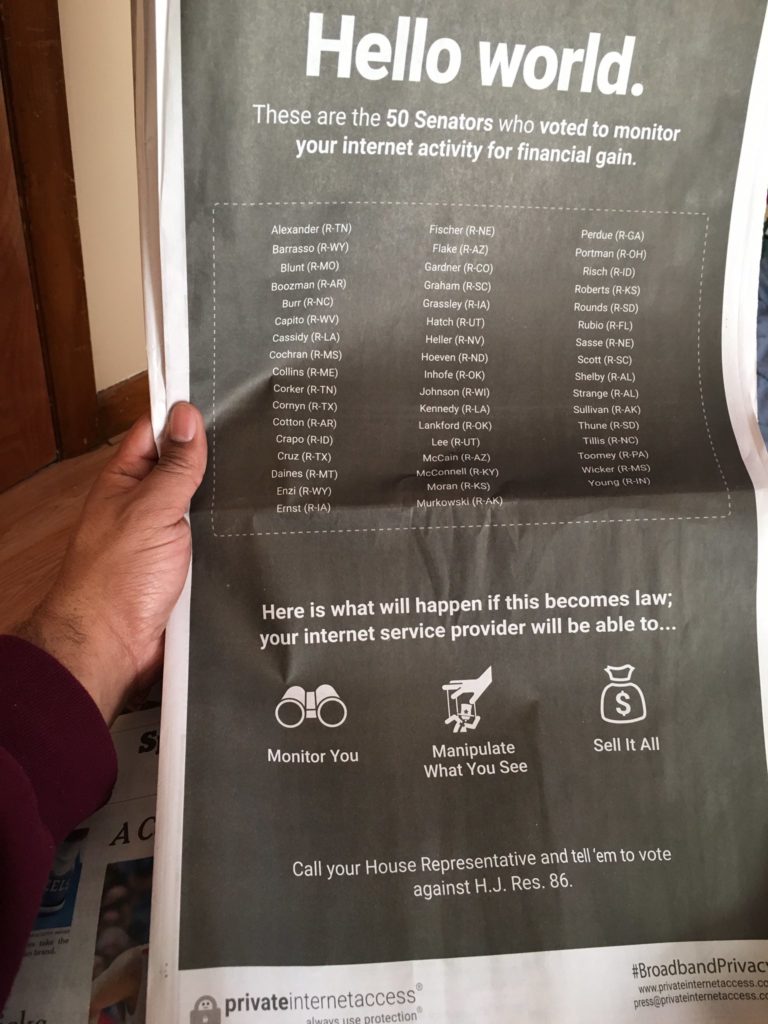 Not exactly fire, but nerd related and important. Sadly this has passed. This is how freedom goes. 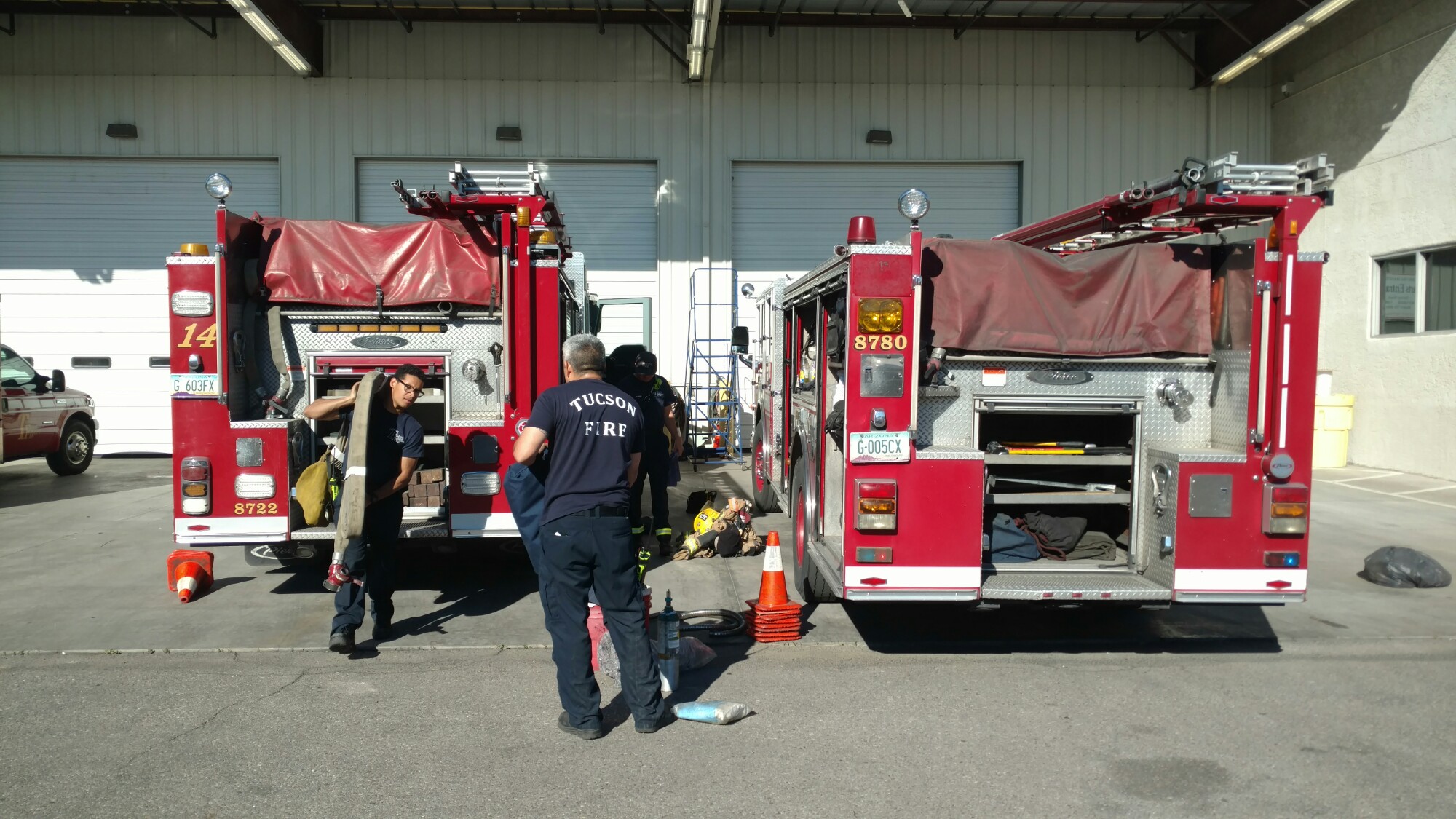 I love these guys 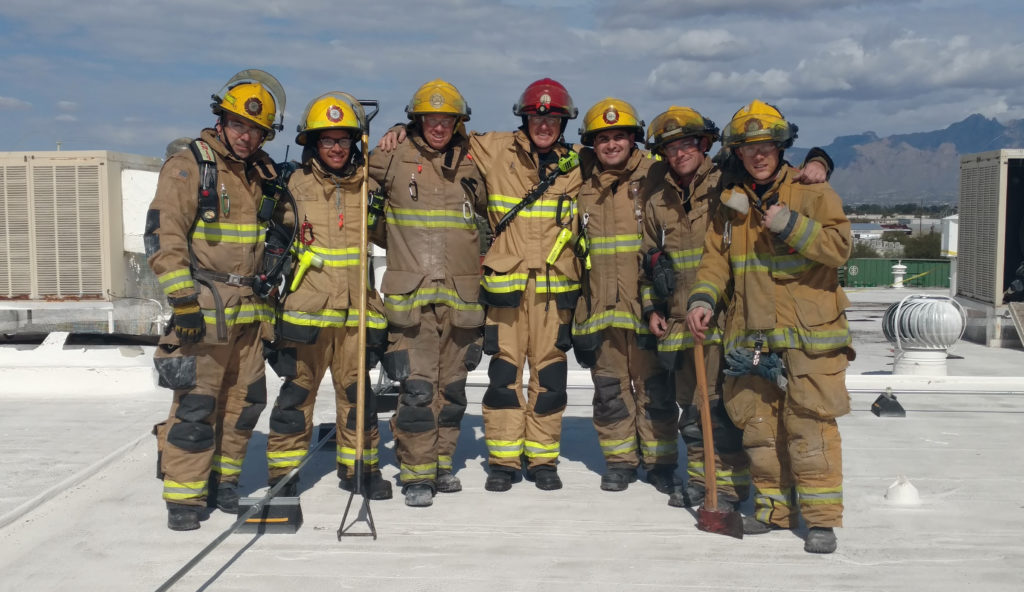 A tour consists of 5 shifts, worked over 10 days. So I work 24 hours, then I’m off 24 hours etc. At the end of my fifth shift, I’m off for six days in a row. By the end of that fifth shift, I’m more than ready for my six! (confusing i know) END_OF_DOCUMENT_TOKEN_TO_BE_REPLACED

I got to march in the Rodeo parade with my crew and brothers this year! 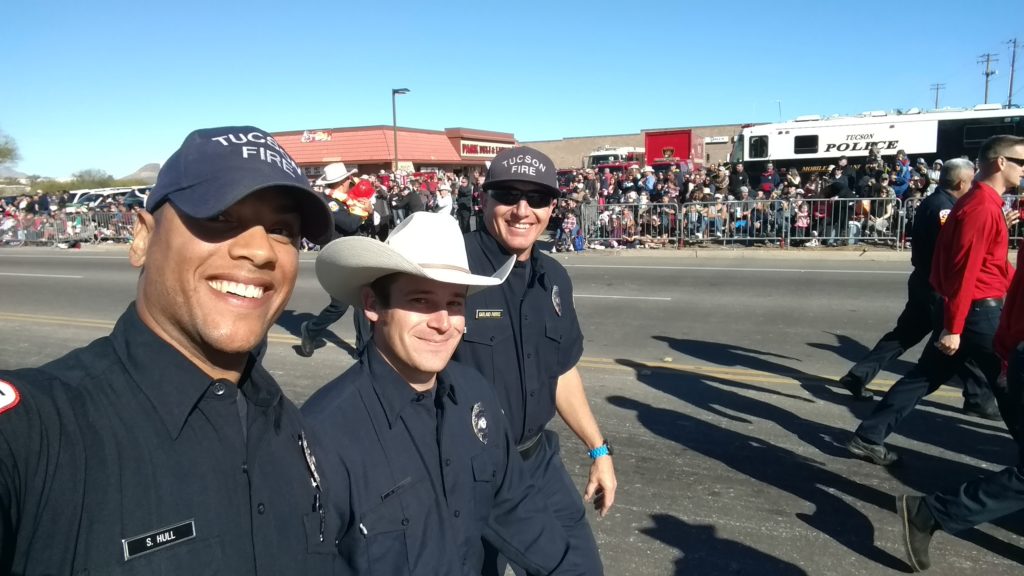 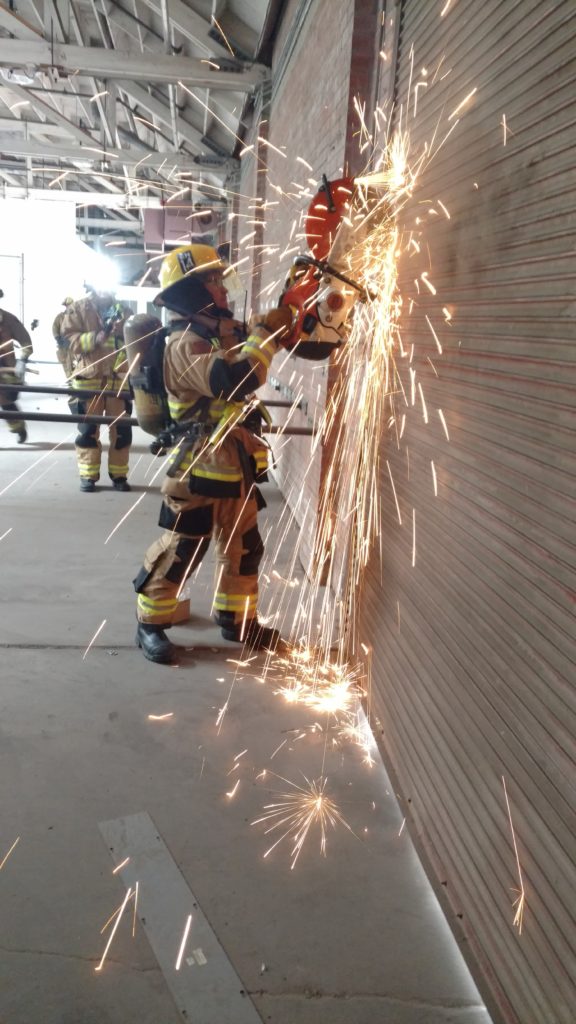