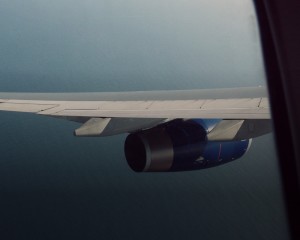 My wife and I have been married for ten years. This past April was our 10th anniversary. We had originally planned to do some traveling, however, it was evident that our budget just would not support any grandiose plans. Being the gracious lady that she is, my wife suggests we go camping for a day away. Ordinarily she hates camping. Her idea of camping is staying at a hotel that has no room service.

During our camping trip we continued talking over the prospect of me joining the fire service and all of the major changes our lives (and our children’s lives) would have to undergo in order to make it work financially. For the last few months we had been selling off possessions, and our planning had been circling the topic of our home. We knew we had to down-size, but neither of us was relishing the prospect of moving (or giving up the large house we had worked so hard for). Knowing that it was inevitable, we started taking care of all of the things that needed doing before our house was rent-able: massive amounts of yard work, broken floor tiles, etc. We were making great head-way, but there was just so much to do.

Perhaps the largest undertaking was the yard work. I had gotten ambitious several years earlier and planted some garden space (ok, a lot of garden). After a several failed seasons I realized that desert gardening is next to impossible. Those patches became overgrown with desert-type weeds (read: thorny) and we had a side-yard that was much the same. We also had a koi pond that we were feeding the local wildlife out of. (Who knew koi were delicious?). So over the course of some time I had dug up the pond, sold the liner and started chipping away at the jungle, but there was still quite a ways to go.

We had chosen to camp in one of the state parks that is just outside of our city, and up in the mountains. While up there I had basically no cell-phone reception. As we’re winding down for the evening, my phone chirps to let me know I had received some email. I checked my phone and it was a notification from Facebook. Someone had posted in our neighborhood group that they were looking for a home to rent for their sister who was moving to the area. On a lark, The Mrs. says “oh, respond and say we do.” We had been talking about it, sure, but our home was in no condition to rent. There was tons of yard-work and fix-ups that needed doing. I laughed and responded that maybe we’d be interested in renting our home out. The lady from the group responded immediately that our home was exactly what they were looking for. I responded that we were out of town but that I would send her photographs the next day. The Mrs. and I laughed that there was no way it was going to be this easy…

The following day we went home and realized that our home was not even in any shape to take photographs of. We spent a few hours moving strategic pieces of furniture (and our clutter), snapping photos, then moving it back. We nervously sent them off. The lady responded nearly immediately and said that her sister loved it and was wondering if she could move in in two weeks. My jaw hit the floor!

At this point we’re panicked. Our house is in no shape to rent or even to show. Regardless, we got in touch with the lady who was actually interested in renting the house (the sister of the lady we were corresponding with). As we were emailing her back, I realized that I knew her last name, as it’s fairly distinctive. As it turns out, I had worked with her husband about a year prior in a DoD facility.

We emailed back and forth and set up a time for them to come and view the house in person. In the intervening time, I was working like a mad-man to try and get all of the cosmetic things fixed that would help the house show well. I managed to get all of the yard work done, and all of the major repairs. It was a herculean effort, and I ran myself ragged to get it done. My family pitched in where they could and made sure to bring me lots of water when I was working out in the desert heat. (Where would I be without them???) When the day arrived, they spent maybe five minutes looking around the house, and immediately signed a rental agreement, and wrote out an entire year’s worth of rent checks.

At this point, I was in shock. They just breezed in and breezed out! We went from talking about the prospect of maybe downsizing our house to having renters signing on the dotted line! What?!?!?

Then the reality started to set in: We had three weeks to not only find a place to live, but to pack, and move.

One thought on “…and then it just took off…”