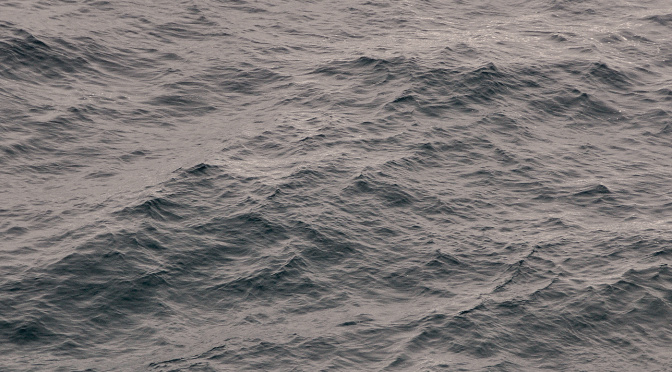 I have what Tommy Callahan would call “A little bit of a weight problem.” I have struggled since my mid twenties. The last few years I have yo-yo dieted. The root of the issue is that I never make that fundamental lifestyle change that would keep me in good shape for more than 6 or 9 months. I inevitably fall back into cookies and brownies and chips and soda and well you get the idea. I have had great success with Body for Life and Insanity also. I’m no Shaun T, but I do ok. Usually I set a goal or start a competition and all of a sudden my competitive nature kicks in. I have done several “Biggest Loser” competitions at work and always had great results.

Last year I was feeling down and did not really have any weight-loss goals or motivation whatsoever. I was at my heaviest and it was not pretty. I was right at 250 lbs. For a 6 foot tall man, that is way too much. I carried it well (read: I hid it well), but I was out of shape. Seeing as I’m good at getting in shape I was painfully aware of how bad I had gotten. I decided it was time to do something about it and started a Biggest Loser competition at work. Remember what I said about competitive? Well competing against co-workers to lose weight really kicks me into gear apparently. I went back to doing what I knew I should have been doing anyhow and the weight just started melting away.

The part that makes weight loss and maintenance difficult for me is the “getting up at 4am to get in a workout” part. However, I am more stubborn than I am lazy, so there’s that.

I consistently got out of bed every day at 4am in devoted an hour to Insanity workouts. Once I hit the shower and got my bible study done it was time to get the kids up and then take them to school before heading into the office. It’s a squeeze, but it’s the only way I can consistently work out and meet my other duties. I hear you saying “first world problems” to yourself and you are correct. It all boils down to “how badly do you want it”.

I was motivated and I was moving. I was determined to win this competition and that was motivation enough for me. This was November 1, 2013. Put a pin in that thought we’ll get back to it.

My kids go to a small school. Most of the parents know one another. Over the last few years we have done many birthday parties, field trips, and play dates together. Over the course of each interaction you get to know each of them a little more than the last time you saw them.

There are several fire fighter parents at our school. One is a chief with the city department. One is a captain with another. One is coming near to retirement. There is another dad that wants to be a firefighter.

The first time I noticed this particular demographic was when they were congregating together at a birthday party. We had only been at the school for a few weeks, but I noticed them. I remember thinking how high my regard was for these guys. I simply thought of them as “real men.” That species of man that I could only ever daydream about becoming. Of course there is much more to being a “real” man than occupation, but I digress… When I met them and started to visit with them I was blown away. They were all upstanding Christian men and heroes. These men devoted their lives to serving their community and putting themselves in harm’s way if need be.

I also have a friend at church that I have been getting to know who is also a fire fighter. I see those same qualities in him. He is also a selfless servant.

Maybe I’m off-base, but I see it as sharing the love we are called to share (even if it’s not overtly sharing the gospel). It’s dying to self. It’s loving your neighbor as yourself. It’s “doing” for the least of these. Coming along-side people at the worst points in their lives and doing your best to be that agent of good. It’s noble, it’s good, and it is an incredible way to love your community.

Let’s go back to that pin I mentioned.

My kids’ school is doing a fund-raising event. The event was basically walking a 5k together. They were selling shirts and snacks etc. It was a beautiful morning and the weather was fantastic. The sun was shining and there was a slight breeze. Where I live it can get pretty hot later in the day, even in November. This was the perfect time of day to take off on a long-ish walk.

My family and I set off on this walk with the school. My intention was that we would all walk together smiling and laughing and telling each other “gee isn’t life swell?!?!” Well you know what they say about the plans of man…

My oldest was too cool. She had to run off with her friends and generally not be seen with me. My middle one wanted to walk with her “BFF” behind us. My little one “the hummingbird” wanted to run the entire thing, and she took off at a dead sprint. To my beautiful bride’s credit she was very sporting and took off with her. So I found myself about 100 yards into the walk all alone. “It could have been worse” I told myself and turned my face to the sun and the breeze. I took in a deep breath and thought “gee, isn’t life swell?!?!”. I looked over and I had company.

The parent that is an older fire fighter was walking next to me. His name is Roland. He is what they call the “strong, silent type”. Super nice guy, but I would not call him garrulous. I remarked about the weather to him and he agreed that it was in fact pretty nice. We walked in silence for a little while. Being the curious (nosy) guy that I am, I always ask people about their work (and even more so when it’s something I find enthralling) so I asked Roland “what’s the craziest call you ever got?” He told me about a crazy call out that involved a fence-post-turned-pillar-of-fire that involved electricity, natural gas, and a fire as well. It was fairly unbelievable…. I don’t mean to say that I did not believe him, but that it was incredible. I think I may have actually said “whoaaaa” just like Keanu.

So that launched our 45-or-so-minutes conversation. I asked Roland if he thought his work was rewarding. He told me it was deeply rewarding for many of the reasons I listed above. He also added in that it was pretty exciting to boot. We talked about the good, the bad, and the ugly of the career. Roland said something that really struck me at the time. He said that “anymore, probably 80% of our calls are boring medical stuff or people that want you to come and just talk to them or something.” What struck me about it is that it seemed incredibly pastoral to me. I thought to myself “man, I would love to do that!” then I opened my mouth and said “man, I would love to do that!”. Roland looked over at me and said “why don’t you do it?” I laughed and said “try out for the fire department?!?!!?” He said “sure, why not?” I said that I’m too old and too fat. I did not mention to him that I had had this dream previously and convinced myself there was no way. Roland listened to all of my excuses and said “you’re not too old. As long as you can still get 20 years in. As for your shape, that can be changed. The city’s going to be hiring again soon, you should apply.” I got the feeling that he was not just telling me what he thought i wanted to hear. He really meant it. Roland is a veteran fire fighter. If he thinks I could have what it takes, he must be right. Suddenly my own arguments did not matter to me. I heard the words of my wild-land buddy rolling through my head, and now this man that I admired and who had run the race. I felt a stirring deep in me. It took me a moment to recognize hope when it came back to me.

I said “thanks Roland. I’m going to seriously consider it. I appreciate your time very much.” And just like that our time was over.

In a sense it had only just begun.

One thought on “Water if God wills it”